Q4 2019 analysis of the prime London sales and lettings markets

LonRes has just released its Residential Review Winter 2020 report, which revealed that property prices in prime central London (PCL) rose by 2.4% over the final three months of 2019 compared to the same period a year earlier. This represents the first annual increase for six quarters. However, prices in both prime and prime fringe fell by 4.6% and 0.7% respectively.

Regarding supply, across the three LonRes prime catchment areas, new instructions were down 7% on Q4 2018 and 41% lower than the peak of 2014. There are 11% fewer homes on the market now, than a year ago.

Transactions
Transactions across PCL rose by 34% compared with Q4 2018. This follows an increase of 18% in Q3 2019. More widely across the LonRes three prime catchments areas, transactions rose 9% on Q4 2018.

The number of PCL homes sold at £5m or more, increased by 78% in Q4 2019 compared with the same period a year earlier – the highest number of sales at this price point since 2016. And across the LonRes three prime catchment areas the number of homes sold for £5m or more increased too - up 24% on Q4 2018 figures. 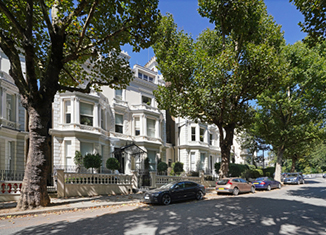 Looking ahead the LonRes Agent Survey showed that 98% of respondents felt more confident about the health of their market post-election and 69% of agents expect achieved prices to be higher in 2020, while just 5% expect further falls. Overall though, 89% expect transactions to rise in 2020.

Lettings market
Analysis of LonRes prime London lettings data over Q4 2019 revealed that rents rose 3.5% across the LonRes three prime catchments, compared with the same period a year ago.

Prime fringe recorded a 7.2% increase, while PCL and prime London saw growth of 2.6% and 2.7% respectively. Comparing achieved rents over the last three months of 2019 with pre-referendum levels, shows a 6% increase in PCL compared with a 7% fall in achieved prices over the same period.

Rental supply
The number of homes listed to rent in Q4 2019 was down across all three LonRes areas – by 12% in PCL, 7% in prime London and 14% in prime fringe compared with the same period a year ago.

Only 17% of respondents to the LonRes Lettings Agent Survey said they had seen new instructions rise in their area over Q3 2019, while 82% of agents surveyed reported a lack of one-bedroom properties reaching the market.

Renewals increased over Q4 2019 and 2% of agents surveyed reported a fall in the number of renewals, compared with 70% seeing an increase over the previous three months.

Sales in PCL have almost doubled compared to a year ago
Commenting on the prime London housing markets Marcus Dixon, head of research at LonRes said: “The fortunes of the prime central London sales market began to turn in Q3 2019 and the announcement of a general election did little to derail momentum over the fourth quarter of the year.

“A positive shift in sentiment resulted in more new buyer registrations and an increase in the number of properties going under offer, which continued into the New Year. The latest figures suggest the number of properties under offer in PCL in January is 80% higher than at the same point a year ago and 24% up across the LonRes wider prime catchment.

“For lettings, a shortage of stock continues to support rents. Rents rose 3.5% in the final three months of the year – the ninth consecutive quarter. Looking ahead, with optimism returning to the prime market, agents have started a new decade with renewed vigour and a positive outlook on prices, rents and activity. This is a view we share and with buyers looking more favourably at the prime market, there is an opportunity to unlock some of the significant pent-up demand which we have seen building over the last five years.

“But there are a few unknowns which could prove a curveball over the coming year. We are still unsure how well the economy will react to the next stage of Brexit negotiations or if the March budget will benefit or hinder the recovery in central London.”

Development
Life After Lockdown: How The Planning System is Adapting to The Covid-19 Pandemic
by - 27 May 2020

On 10 May, the Government will have set out its plans for how the country is likely to begin...