Spot the Difference: Housing and the Party Manifestos 2019

In amongst the headline-grabbing battlegrounds of Brexit, the NHS and climate change, all of the main political parties have set out their stalls with regard to housing.

There are areas of broad agreement. All 3 of the main parties support the ending of so-called ‘no fault’ evictions and the assured shorthold tenancy in its current form. However, the Government under Theresa May had already announced this intention, so this is not new. Indeed, many of the proposals in the Conservative manifesto have already featured in consultation documents and briefings in recent months.

It is the Labour party who have some more radical proposals in their manifesto regarding housing. One promise – to end the Immigration Act ‘right to rent’ checks that have been highly unpopular with landlords - will undoubtedly be welcomed by landlords (although, with a case concerning the legality of these checks currently waiting an appeal hearing, there is every possibility that such checks may well stop in due course in any event). However, landlords are likely to be concerned about other aspects of the labour manifesto. 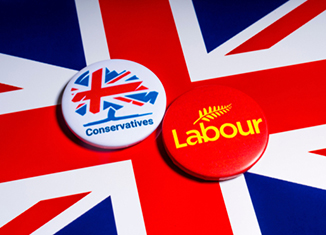 The Labour Party manifesto states that a Labour government would place controls on residential rents, by imposing rent controls and preventing what it calls “runaway rents” by limiting rent increases to inflationary rises only, with further powers given to cities to make further adjustments to rent levels as leaders see fit. Labour also wants to see all landlords being licensed, with rental properties then being subject to a yearly health check to ensure that properties meet “minimum standards.”

For landlords in London, these manifesto commitments are already familiar; the Labour Mayor of London announced earlier this year an intention to introduce licensing for London, and rigorous and controversial rent control plans. But landlords in other parties of England may well be concerned.

Rent controls and increased levels of tenant security do sound like a return to late 1970s and much of the 1980s, when the Rent Act 1977 was in force. That Act was incredibly unpopular with landlords back then, and any attempt to fetter landlords discretion with regard to rent is likely to be even more unpopular now.

The mention of the yearly ‘MOT’ check on properties should also be of concern for landlords. As is perhaps to be expected, the manifesto is lacking in detail about the ‘minimum standards’ that are mentioned, but it is fair to conclude that the intention is that the cost of the check would fall to the landlord to pay. What would be the consequences be of failing to meet the standard? Fines? An ability to let a property unless and until works are carried out? And who would be the body carrying out the checks? Local authorities already have wide-ranging powers to ensure that rental properties are adequate and that the landlords managing those properties are fit and proper persons. But local authorities are simply too stretched to police this area. If local authorities would be the certifying body for any new ‘MOT’ check, a significant injection of money and man power would be needed.

Landlords are already in the midst of a perfect storm. Many landlords are already finding that financial gains are being squeezed; everything from recent tax changes, money being spent on property improvements to ensure homes are fit for habitation following the introduction of legislation earlier this year, through to the spread of mandatory licensing (with licence fees varying across the country), the impact of the Tenant Fees Act and delays in seeking possession in the event of tenant default are also hitting the pockets of landlords. If landlords then face the prospect of limits being placed on rents and additional costs of annual checks, owning residential letting property may simply cease to be financially viable for many landlords.

Mr Corbyn may well not lose sleep over the fact landlords may not be able to make money from owning lettings properties. His manifesto is, on face value, attractive to tenants and, on the basis tenants outnumber landlords, such proposals may turn into Labour votes at this election. However, the financial viability of the sector should be just as important for tenants as it is for landlords. If it is simply not worth remaining in the market, many landlords (particularly those with a small portfolio) will simply sell-up. Those rental properties may fall out of the market altogether, making it harder for tenants to find homes to rent in the future, or they may fall into the hands of landlords with larger portfolios, landlords who operate in a much more business-like manner, and who are likely to have the time and resources to take a far more robust approach to tenancy breaches.

The rosy-red hue of the Labour manifesto should be seen as red for danger by all those involved in the residential lettings sector in England.

Since the financial crash of 2008 a notable feature of the property market in the UK has been...