Rupert Thompson, head of research at Kingswood, says that his firm has recently added to UK equity holdings. He explains: “Although uncertainties undoubtedly remain, our view is that the risk of the two most market unfriendly outcomes -  a No-Deal Brexit or Labour winning a majority - is now quite small. With the pound and UK equities both still cheap, we no longer believe a sizeable underweight of UK equities is warranted.”

Thompson adds: “While the outcome of the election remains somewhat uncertain, a Conservative majority now seems the most likely outcome. The Conservatives have a commanding lead in the polls, which has increased if anything in recent weeks, and importantly Corbyn remains much more unpopular than Johnson.

“Meanwhile, the threat to the Conservatives posed by the Brexit Party has been reduced significantly by the latter’s decision not to contest Conservative seats. Even so, the possibility of widespread tactical voting, the failure of the polls to correctly predict recent election results and the possibility of an alliance between some of the ‘Remainer’ parties still mean the outcome is far from a done deal.”

But what does each of the main political party’s manifestos mean for UK real estate?

The Conservatives
Commenting on the Conservative’s manifesto commitments on housing, Clive Docwra, managing director at McBains, says: “The Conservatives are promising to meet housing demand by delivering at least a million homes in the next five years – and 300,000 a year by the mid-2020s – but the fact is those targets will remain a pipe dream without radical action on the supply side. 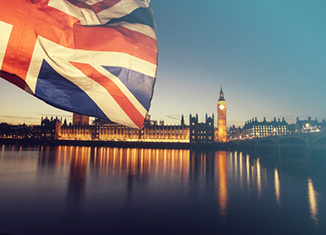 “The government’s record on starter homes is not good. Earlier this month a report from the National Audit Office found that a pledge to build 200,000 new starter homes for first time buyers in England had failed to produce a single property. The private sector alone has been unable to deliver 240,000 homes a year since the 1930s, and in the years when housebuilding has exceeded 300,000 a year it’s largely because councils were building more homes – and there’s no detail, beyond the pledge of a White Paper, on how the Conservatives would kick-start housebuilding by local authorities.”

However, according to David Smith, policy director at the Residential Landlords Association (RLA), landlords have welcomed the proposals in the Conservative manifesto because it should strengthen possession rights. Smith adds: “We agree that the system for repossessing properties is in need of reform and support the Conservatives’ proposals to strength the possession rights of good landlords.

“At present it can take over five months for a landlord to repossess a property through the courts in legitimate circumstances. We will be keen to work with Ministers to establish a new system of repossession rights and the establishment of a dedicated housing court to ensure good landlords and tenants can secure justice swiftly in the minority of cases where something goes wrong.

“It is disappointing that there is no mention of reversing some of the tax changes hitting landlords which have resulted in a drop in investment in the market making it more difficult for tenants to find the housing they want. Longer tenancies for tenants will be meaningless without landlords entering and staying in the market long term.”

According to the Federation of Master Builders (FMB), the next government must reverse the decline in construction skills. In response to the Conservative Party manifesto, Brian Berry, chief executive at the FMB, says: “The construction industry must not face a 'cliff edge' when it comes to skilled migrant labour, if we are to meet our house building and infrastructure targets. The Conservative Party must therefore ensure that their Australian-style points-based system incorporates priority occupations and reflects the needs of businesses.”

Berry adds: “The industry still relies on skilled labour from the EU and will continue to do so until we encourage more young people into construction and train more of our domestic workforce. The Conservatives’ pledge to invest £3bn in the National Skills Fund, and also in Further Education, is welcomed in order to reverse the decline in entry level apprenticeships in the sector. It’s not just a question of greater investment but also reforming the policy landscape, and we look forward to working with the next government to reform the Apprenticeship Levy to ensure it addresses skills shortages in construction.”

Shadow housing secretary John Healey said that this policy would see homes made available at as little as 50% of the market cost of an equivalent home, depending upon local affordability.

However, in response the Federation of Master Builders (FMB) said that the next government must collaborate with the private sector in order to deliver the homes that are needed. Brian Berry at the FMB says: “This country is in dire need of a housing revolution to address the critical lack of homes that is hampering the very fabric of our society. It is therefore pleasing that Labour is placing the delivery of housing at the forefront of their manifesto commitments. However, if supply is to meet demand, there needs to be a strong collaboration between the public and private sectors as neither can deliver the required upsurge in delivery alone. Labour’s manifesto places an overemphasis on the role of the state in supplying homes with very little detail on the role of the private sector in this endeavour.”

Berry concludes: “One of the primary causes for the housing crisis is the decline in the number and output of small house builders with today’s market dominated by a small number of very large players. Back in 1988, 40% of new homes were delivered by small local building firms compared with a mere 12% today. Reversing this decline and unlocking the potential of small house builders by streamlining and simplifying the planning process, improving access to finance, and freeing up small plots of viable land, would go a long way to resolve this critical issue.”

Liberal Democrats
Responding to the publication of the Liberal Democrat’s General Election manifesto, David Smith at the RLA says: “We welcome the Liberal Democrats’ plans to support younger tenants in accessing rented housing with a deposit loan scheme. This is a policy we have long been calling for and believe it could considerably improve prospects for younger people. This is tempered by the Party’s proposals for three year tenancies with rent increases linked to inflation. It is bizarre to be proposing this when the average length tenants have been in their properties is over four years and when private rents are increasing by less than inflation according to the Office for National Statistics.

“Proposals to end the Local Housing Allowance Cap as well as ending the hostile environment for immigration are welcome steps and reflect proposals put forward by the RLA in its own manifesto for the private rented sector. However, the Party’s plans for a blanket licensing scheme for landlords needs further thought. The crooks will simply not come forward, leaving the good landlords to pick up the tab for what would be a costly waste of time.”

The FMB says that the Liberal Democrats need to create a better offer for homeowners if we are to reduce emissions from buildings by 2025. Ifan Glyn, FMB senior hub director, says: “The Lib Dems' pledge to cut VAT on home insulation is a step in the right direction and is an area that we have been lobbying on for a number of years through the Cut the VAT campaign. However, I feel that it needs to go further and VAT should be cut on the labour element of home improvement work across the board. Doing so would simplify the VAT system and send a clear message that boosting jobs and consumer demand in this space is a priority. We know that homeowners are more likely to request energy efficiency upgrades as a bolt-on to other building work being carried out on their homes. Cutting VAT across the board would therefore incentivise the de-carbonisation of our homes further.”

Glyn concludes: “On a positive note, I strongly welcome the Lib Dems’ pledge to enforce big businesses and government agencies to adhere to the prompt payment code. Smaller building firms are being held back by the abuse of retentions and late payment practices that are rife. Getting tough on serial offenders will help small businesses get back to doing what they do best, which is delivering quality work and training the next generation of builders.”

But when all of the votes have been counted…we still have to deal with Brexit
According to Rupert Thompson at Kingswood, a Conservative victory would be the most positive outcome given their pro-business policies. He concludes: “A Conservative victory would very likely lead to Johnson’s Brexit deal being ratified and would clearly remove some of the Brexit-related drag on UK growth over the last couple of years. Even so, significant uncertainties will still remain. Johnson is sticking to his pledge that the transition period (during which nothing much will change) will end in December 2020.

“At best, the UK/EU will probably only be able to agree a very limited kind of trade deal within a year (particularly given Conservative plans for regulatory divergence from the EU). Other trade deals should also take a number of years to put in place. Consequently, while we expect UK growth to recover a bit as Brexit uncertainty eases and the boost from higher government spending kicks in, we still expect it to remain sluggish next year at 1.25-1.5%.”