The Reality of Buy-To-Let: What The Data Reveals

There's been a lot of buzz around buy-to-let recently. Whether it's talk of the sector's recent growth, or the government's new tax policy changes, or the increasing regulatory interest from the Financial Policy Committee (FPC), heated opinions and conflicting projections abound.

For example, the National Landlords Association (NLA) has projected that landlords may sell around 500,000 properties as confidence plummets. Conversely, YouGov's recent survey of landlords suggests that many landlords have built a sufficient degree of resilience into their businesses which would allow them to weather the effects of the new tax changes or any possible base rate increase.
But hard statistics to back up these views are few and far between. However, a recent BTL mortgage survey by the Council of Mortgage Lenders (CML), has allowed some analysis on the most common assertions. Below are the CML conclusions:

Landlords are borrowing as much as they can because it's cheap to borrow
Fact: Our data show that on average, the loan-to-value (LTV) ratios of BTL borrowers are comparable to those of residential mortgage borrowers, indicating that high leveraging by landlord investors is no more common than in the residential space. The leveraging profile of BTL borrowers looks particularly conservative when viewed alongside first-time buyers, who on average borrow 78% of the property value, versus 70% of the property value for BTL borrowers. However, landlords are already remortgaging when they are 64% geared, compared to owner occupiers who tend to remortgage later, when 57% geared. 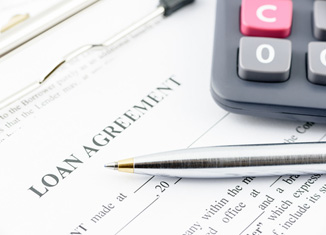 Moreover, recent research from Savills suggests that only 31% of the housing stock in the private rental sector (PRS) carries a mortgage, meaning that over two-thirds of housing in the PRS is not leveraged at all.

Buy-to-let borrowing is all interest-only, which is only sustainable if house prices keep rising
Fact: According to our data, about three-quarters of new buy-to-let loans are issued on interest-only terms. This breakdown varies greatly by regions - in Northern Ireland, only 56% of buy-to-let mortgages are interest-only, while in Scotland it's about 65%. This suggests investors may be choosing to pay down debt where price growth is less likely (and yields tend to be higher) to enable them to borrow against their rising level of equity at a later date for further acquisitions.

Supporting this, data from the 2010 Private Landlords Survey indicates that less than one-quarter of dwellings acquired for use as rental properties rely on capital gains for financial return.

Interest rates are at historic lows - for now. But when rates do rise, buy-to-let borrowers will be forced to sell up or raise rents to cover their mortgage costs